Is There Such a Thing as a Women’s Car?​ 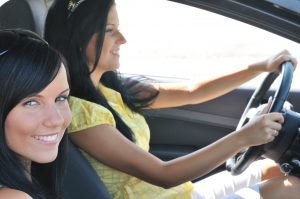 In the 90s, Ford set up a marketing department that was committed to women, serving their automotive needs and improving the brand's relationship with them. The Ford Windstar minivan ended up being designed by Ford's mom employees and it was a hit. People talked about how the gas pedal was easy to reach and how the window buttons were designed for a lady's fingers.

All the while, of course, Ford continued pushing its "Built Ford Tough" campaigns so that its truck and SUV lines wouldn't suffer and manly men would stay loyal to the brand.The auto market learned some things in the 90s. It learned how to accomodate people with shorter stature. It learned how to reach women with sponsorship dollars. It also ultimately learned that marketing segmentation by gender is difficult.

A vehicle must be useful in every scenario of normal life, for everyone who doesn't have money to spend on a pleasure car. The wealthy segment that purchases a car just for fun and not for commuting or travelling is fairly small. Therefore, every normal commute, travel or work vehicle should be useful for both genders and in most scenarios of their normal lives. Even the minivan, considered a "soccer mom" vehicle, is useful to men. Whether men enjoy driving minivans or hold gender-oriented stereotypes about them is another question.

A true "women's car" would have to be a pleasure car because it would not be desirable for a male. It would be too damaging to his ego or, even worse, wouldn't even be driveable for someone with his physique. That alone is 50% in sales potentially gone. Then you have couples who wouldn't be interested because they intend to trade vehicles from time to time. The capabilities and usefulness of a vehicle vary depending on the situation, after all. Sometimes soccer mom needs to borrow dad's truck. Sometimes dad needs to borrow mom's car. A real women's car couldn't be traded with the man of the house.

Now what exactly is this ridiculous car that's so feminine a man won't even drive it? Have you ever seen such a thing? Does it have a built-in bra or something? What is so feminine about it? We've all encountered vehicles we don't like but have you ever seen a vehicle that was so sexist it was exclusively operable to only one gender? No. Theoretically and practically, there is no women's car or men's car, especially today. There are only vehicles that have gained stereotypes. Wouldn't you agree?

As Ford and other manufacturers have learned, making one model serve two genders is a matter of ergonomics that is not one of mankind's existential questions. It's a much more mundane problem. A little extra adjustability here, a bit of extra cushion there and you've got yourself a vehicle that serves everyone. Well, except when it doesn't. There will always be human outliers that are not comptible with a particular vehicle. Shaquille O'Neill doesn't star in Porsche commercials because he simply doesn't fit in Porsches. He helps Buick advertise, because he fits in Buicks comfortably. Although there are specialty vehicles on the market, most work for both genders just fine.

Today, the idea of a vehicle for a particular gender is not a mainstream topic. Although some models are popular among women and others are well-liked by males, manufacturers don't advertise with the intent of establishing a vehicle within a segment that is primarily determined by gender. They would much rather market each vehicle available to everyone who can use it. Let Mr. Macho Joe Schmoe declare that Miata a lady's vehicle. Let the mom next door continue to drive crossovers instead of pickups. At the end of the day, these biases are cultural inventions. You should drive the car, truck, van or hatchback you like. If you don't, well, you're just not being true to yourself are you?

Get free, no-obligation quotes from all of your local dealers. Save money on your next car. Click here.
​