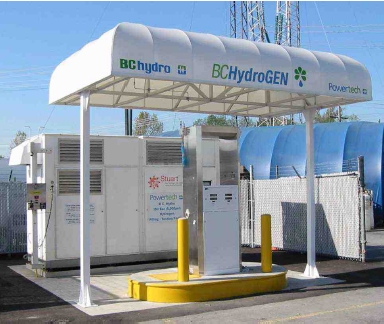 If you didn't already know, hybrid fueling stations are a common site in California today. Hydrogen powered cars have been given to lessees for years there. Until now, FCVs (fuel cell vehicles) have been in a market testing phase. They are now entering a process that will prepare them for mass production.

Experts say that by 2020, hydrogen-powered cars will be almost as affordable as conventional cars to purchase. Of course, a high purchase price will be offset by fuel cost savings. Honda and GM have been working together for years on hydrogen technology. Recently, the two companies made an $85 million investment in a Detroit-based hydrogen fuel cell manufacturing facility. They say they've simplified their fuel cells and reduced production costs. Experts like Naqi Jaffery believe FCVs will be the fastest-growing segment in the auto market within 30 years.

Many of us expect that hydrogen is friendlier to the environment that other fuel options. In fact, currently, it isn't much better. The future will change that, though. Today's hydrogen fuel is usually extracted from natural gas, a process that releases carbon dioxide into the air. However, hydrogen can be extracted from water through hydrolysis. This requires an electrical current that is sent through the water. Since electricity can be produced using renewable energy, we can expect hydrogen technology to become the cleanest available in the not-so-distant future.

Experts say FCV technology isn't as complex as it sounds. Essentially, fuel cells power the same motors EVs (electric vehicles) use now. The other parts, like the chassis and suspension, are conventional technologies that have been used for some time. So the test will really be for the battery only. Fuel cells have no moving parts but are sensitive to temperature, much like gasoline. Manufacturers like Honda and GM are evaluating the remaining questions surrounding fuel cells day by day.

When Will They Be Available Outside of California?

Toyota proposed a network of hydrogen fueling stations on the east coast a few years ago. However, FCVs haven't gained much ground away from the west coast yet. The GM/Honda deal could change that.

Get instant quotes from all the dealers in your region. Locate the best offer for whatever vehicle you want! Click here.