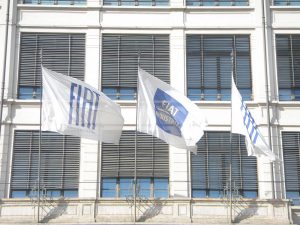 If you're reading this in the second quarter of 2017 or any of several months afterwards, you've probably been wondering what Buy American Hire American is all about. What began as a vague protectionist initiative has finally been clarified, to an extent. The new Buy American initiative focuses on construction materials, which will all have to be produced in the US if they're used for federal projects. There's no mention of any restrictions on auto manufacturers, even those who produce vehicles for the federal government. It looks as if auto prices could continue on their (relatively) natural path for the time being.

As for Hire American, it looks to be about the same; an attempt to restrict the number of foreign workers entering the US. Some like it and some don't. Many cite it as an attack on the American dream and American innovation. Products like the iPhone, chains like Panda Express and websites like eBay wouldn't exist without immigrants. Steve Jobs was the son of a Syrian immigrant. Panda Express's founders came from Myanmar (Burma) and a French immigrant created eBay.

Economists had wondered if Trump would be so bold as to design a system of tariffs across the board, for all imports. They said it would lead to tens of thousands of dollars in price increases for certain auto manufacturers. Namely, Jaguar Land Rover vehicles could end up costing $10,000 more to US drivers. However, for now it seems like drivers will be free to choose their auto brand without fear of meeting steep MSRPs since Trump will probably abandon the border tax plan.

On the other hand, this could be the first step towards a broad-ranging set of tariffs. It's not a bad idea to buy an import if it's what you want and if you're currently in need of a new vehicle. The general state of indifference towards the new construction-focused measures could be enough momentum to spur further, stricter steps in the near future.

You gotta compare quotes if you're going to find the best auto deal. Click here to get free, no-obligation quotes from your local dealers.