How to Drive: Things That Just Make People Angry 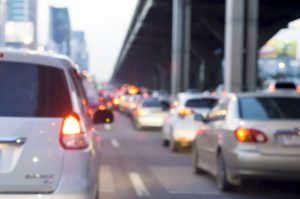 Sometimes drivers are unreasonable. They get angry when everyone's behaving properly. You can't do much to avoid that. In other cases, you might be unknowingly doing things that don't really make a lot of sense and cause frustration or even road rage amongst your fellow drivers. Knowing how to drive involves the official rules and the unwritten ones. Jot these no-nos down.

If there is a railroad or other passageway between yourself and the light, you should definitely stop behind it if there is no room ahead, between the passageway and the intersection. If there's nothing there, though, leaving a lot of extra space will make people wonder what's going on. Leaving less than about half a car length is best because it makes for a speedier exit when the light turns green. Nobody wants to wait at the stop light for another cycle!

Speeding Up and Braking Repeatedly

The scenario is like this: Traffic is slow. Once in a while, a car changes lanes, leaving some space between the cars ahead and behind it. The driver behind it stomps on the gas, because now the next car ahead is moving faster than before. No more than 1.5 seconds later, the car in the lead has to brake because, of course, traffic is everywhere. By that time, the next car has accelerated to far beyond the average speed of traffic and has to apply the brakes firmly. It's the next vehicle in line that's going to get angry. He can't see what's ahead of the fast-moving car in front of him and he will also have to hit the brakes. When this happens over and over again, it's annoying. The solution is simple, though. Just don't accelerate quickly. Do it slowly, so that when you have to press the brakes, you don't have to do it firmly.

We all understand that driving fast is fun. But there's a time and place for aggressive driving, swerving, dragging, drifting, playing chicken, and other thrill-seeking and showing off. When you take advantage of normal commuters just for a thrill, someone's going to be upset about it. Just save it for later, or never. Moreover, don't be a jerk. Be patient and don't make any situation worse than it already is by trying to retaliate for an offense, intentional or not. The term "road rage" isn't around for no reason. We don't like it.

Being Too Laid Back

You might not be in a hurry. You might be in a relaxed mood. You might be trying to save fuel. That's all good and well but you're sharing the road. Don't go too slowly, no matter how many lanes there are. Don't lose your focus, either. Pay attention and always, always check your blind spot. Failure to do so is an effective road rage inducer.

Cruising in the Left Lane

The left lane of the highway is for passing vehicles in the next lane. Never drive in the left lane unless you're planning to pass the other vehicles on their left. There's not much more to say about it except that if you follow this rule, the overall flow of traffic will improve. This is something everyone should observe when they learn how to drive.

You can get free new car quotes from all of your local dealerships with a few clicks. It's free and there's no obligation. Request your quotes here.
​