Toyota Tacoma: Should I buy New or Used? 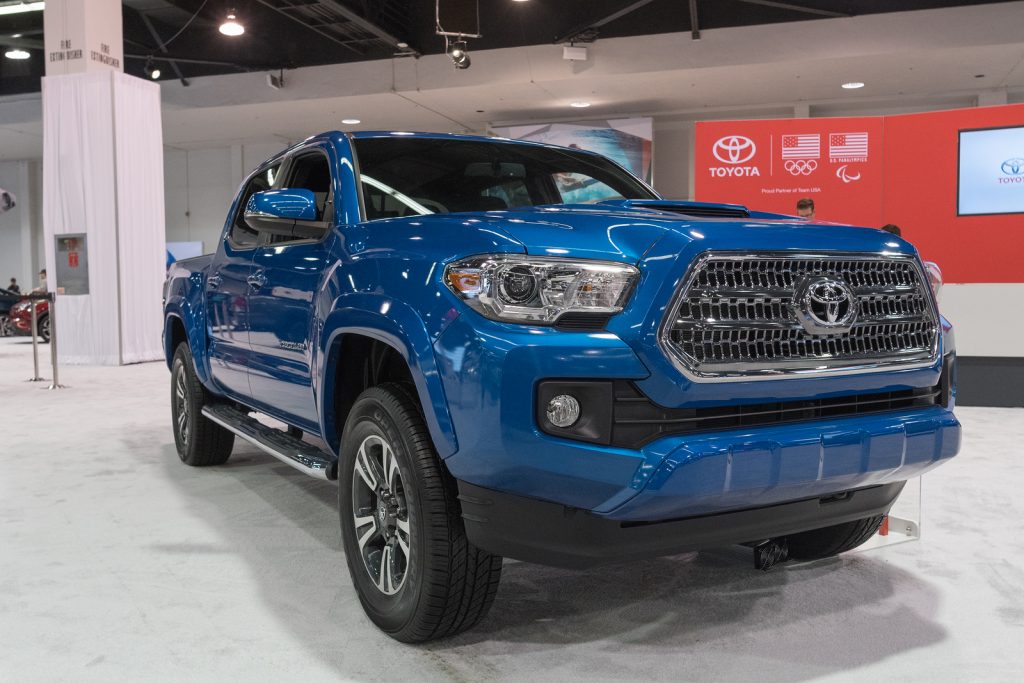 They call it the Toyota Hilux overseas. We call it the Toyota Tacoma stateside. Regardless of its name, it's arguably the world's favorite truck, and most dependable one. That might be one of the reasons everyone's paying so much money for used Tacomas. In one case, a 2013 Tacoma with 38,000 miles was listed for $2,000 more than a brand new Tacoma.Why is this happening and should we be paying so much for used pickups?

Since you're reading this, you might already know that the Toyota Tacoma has a reputation for being extremely rugged and durable. Top Gear host Jeremy Clarkson calls the truck "unkillable." We think it's about as unkillable as vehicles can be, at least in the light to medium duty category.

Studies support our point of view (or did, until 2016). The Tacoma consistently scored well in Consumer Reports studies as well as others. This reliability might make paying a little more for a used Tacoma more justifiable. However, the Toyota Tacoma was redesigned for 2016 and reliability scores fell...hard, according to Consumerist. We're not talking minor issues, either. We mean transmission slips, door rattles...yeesh...bad. That's a real shame. However, it's an all-new truck. Toyota will improve it, no doubt.

But what about features?

Alex Kiersten compared his old 1998 V6, 190 hp, 4x4, extended cab Tacoma to a brand new Tacoma for Autoblog last month. The findings were outlined in an article called "Tacoma vs. Tacoma." The '98 Tacoma was pitted against a 2017 Tacoma TRD Pro, with a 278 hp engine and all the modern 4x4 features.

Of course, the newer vehicle can tow more weight and it has more technology than the old truck. However, the '98 Toyota has all the essentials. You don't have to get out of the truck to put it into four-wheel drive (yes, that used to be a thing). You can get from point A to point B over off-road terrain, without getting stuck, which is true for every 4x4 Tacoma since '98. The big difference, according to Alex, is comfort. Late-model Tacomas feel better on long trips, which isn't surprising. But do you need all that comfort? Are you going to sleep soundly knowing the new Tacoma isn't the rugged beast it once was, after you've purchased it? You'll need to think these things over.

This is where the decision gets crazy difficult, especially if you're not loyal to Toyota. You can probably find a Honda Ridgeline, Nissan Frontier or other truck for thousands of dollars less than a used Tacoma and with thousands fewer miles on the odometer. Then you have the question of whether buying a brand new Tacoma is a better choice for you, since it might only cost a few thousand extra bucks. The new Toyota Tacoma starts at only $24K, which isn't bad at all.

We're sorry. We know we might not have helped you much, here. The Tacoma vs. Tacoma decision is a bit of a conundrum. Older Tacomas are overpriced and new ones aren't old ones (meaning, the redesigned Tacoma needs some adjustments). You might consider waiting for the next year's model. Or maybe keep your eyes open for a good deal on Craigslist for a slightly older model. Try and keep an open mind and don't jump until you know what you really want.

Also, don't sign any papers until you've received free quotes from all of your local dealers. It's the easiest way to compare offers and prepare for negotiation. Click here. (complete the new car form to search for used Tacomas)